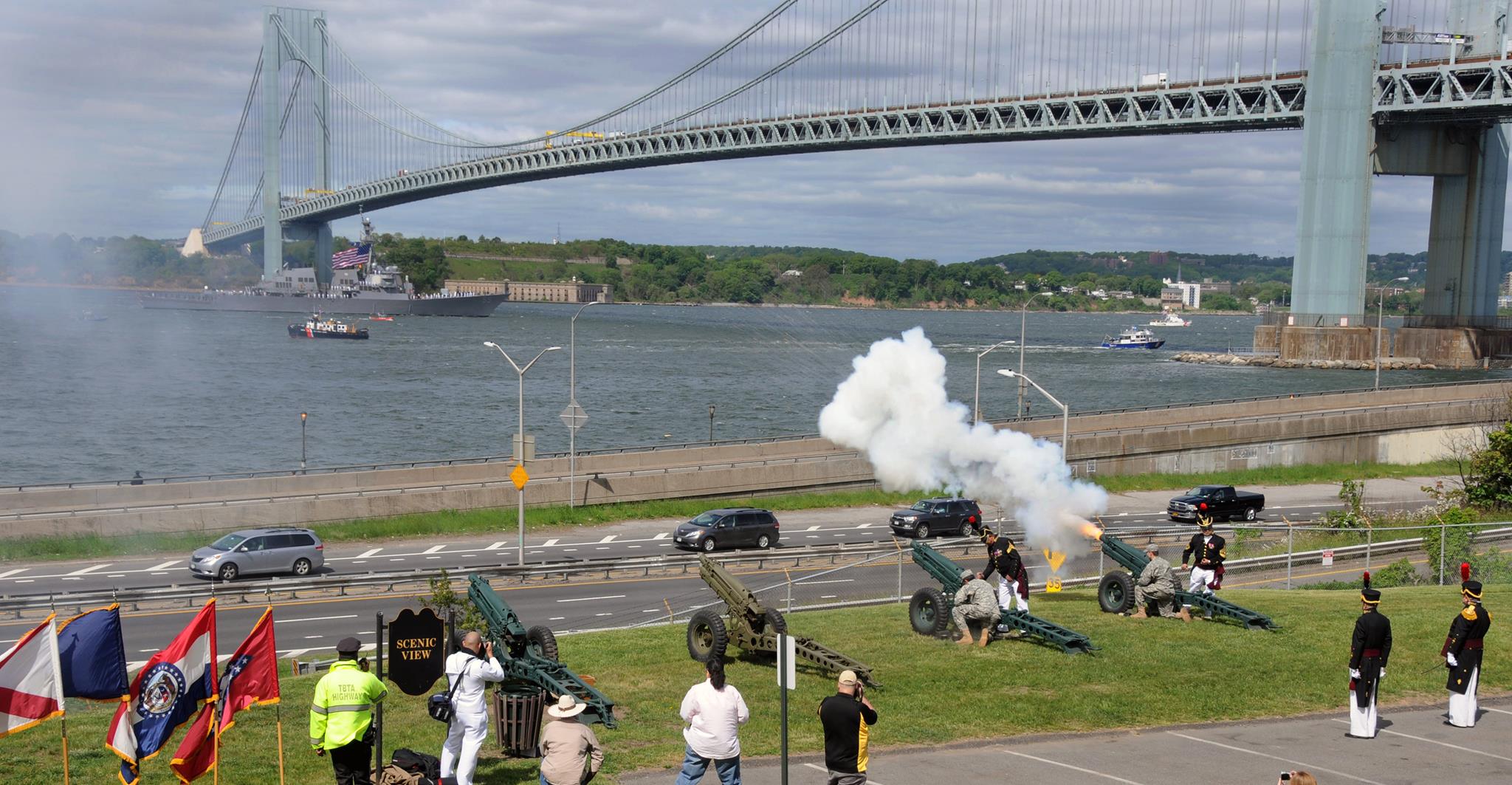 Hurricane Sandy and the destruction it left behind cancelled the 2012 Marathon, but this year, the Marathon is in full swing and scheduled for 3 Nov. The start of the first and subsequent waves will be signaled by the VCASNY firing battery and their 75mm pack howitzers.